With my mom and brother beside me, I crest the top of the wooden walkway that leads over the sand dunes.
We had planned on watching the rest of the concert together, but once I can see the shore I realize that won't happen.
The tide was coming in fast; it had already flooded most of the ocean-side stage so that only the shiny black grand piano is above the waves.
For a moment I think about swimming out there to help save the band members who are drifting out to sea.
Then I notice how monstrous the waves are swelling; they tower several stories above the shore, mountains of swirling blue and foam.
I remember a dream I had a week ago in which I realized I was dreaming because the waves were impossibly large.
I think to myself, "These are the kind of waves that would inspire nightmares like that. I better avoid them."
So together we give up on the soggy encore and walk back down the wooden path. 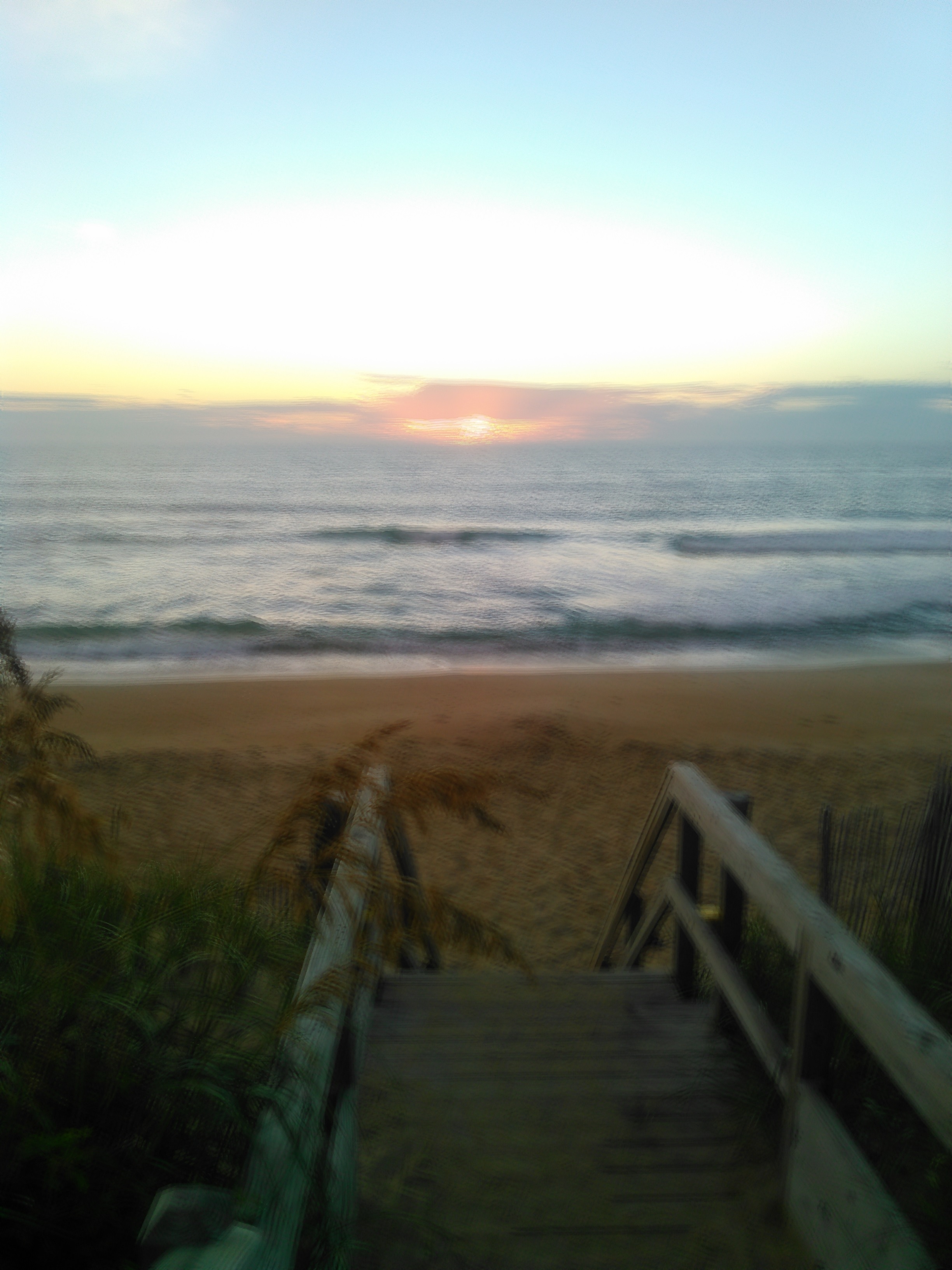